Landlords of single properties are not the only ones getting tax breaks under the General Homestead Exemption.

Companies that own cooperative apartments or retirement life-care communities also can get multiple exemptions under state law.

Twelve companies in Champaign County received about $3.7 million in homestead exemptions last year by reporting each housing unit as an individual property, according to a review of property records.

The companies include Chanute Retirement Village located in Rantoul, which qualified for $414,000 in homestead exemptions. Although the properties were assessed at nearly $684,000, no taxes were paid in 2014 after combining additional exemptions, according to the review of property records.

Landlords benefit from loose law; save millions in taxes

Similarly, Winfield Village Cooperative located in Savoy significantly reduced their tax burden for their east and west side apartments by claiming almost $2.1 million in homestead exemptions on its $3.6 million assessed value. They paid about $111,000 in taxes.

Officials at Winfield Village Cooperative and Prairie Village Retirement Community, operating under Chanute Retirement Village, could not be reached for comment.

A spokeswoman for Clark Lindsey, which claimed $780,000 in the homestead exemption, said the savings is passed on to the residents.

“Our residents pay an up-front fee to live here and all of the refund goes to the residents,” said Karen Blatzer, director of marketing for Clark Lindsey. “Clark Lindsey is a non-profit built in 1978 and has paid real estate taxes each year. We’re happy to support the community.”

In addition, 10 other cooperatives and retirement villages received exemptions, including: 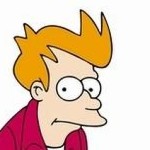