ArticlePublic Funds
March 20, 20140
This entry is part [part not set] of 7 in the series Government Watch

By Erik Prado/ For CU-CitizenAccess.org — The Urbana Park District offers a wide range of services including 19 community parks and facilities such as swimming pools and gymnasiums.

But the district is now concerned about the impact of the loss of tax revenue from the Carle Foundation.

The loss is a result of a court settlement that re-established the foundation as exempt from property taxes. 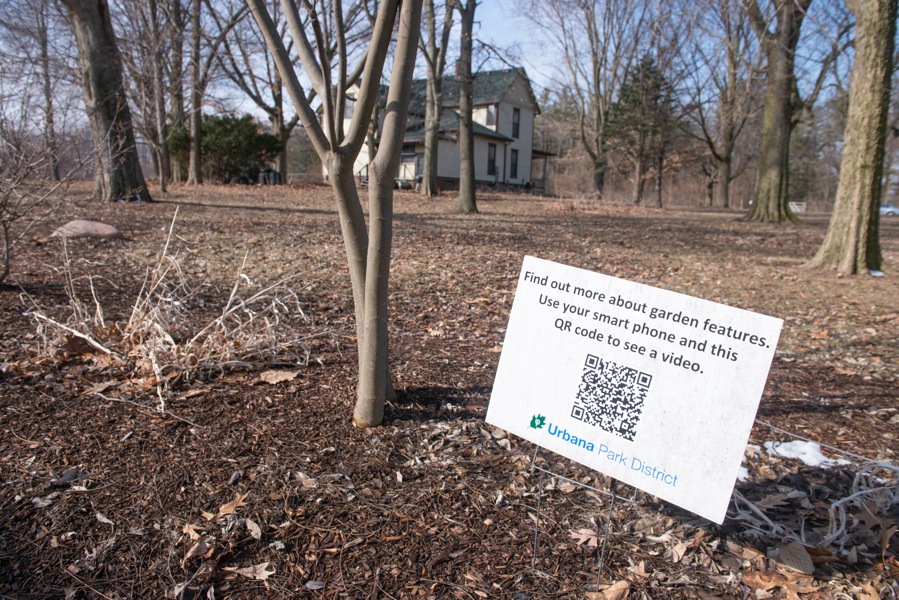 Photo by Darrell Hoemann/CU-CitizenAccess.org
A sign placed at Meadowbrook Park in Urbana provides a “QR code” for visitors to scan with their smartphones to learn more about the project, March 14, 2014.

Business manager Dorothy Lierman said the district is in a holding pattern because 12 percent to 15 percent of taxable property came off the rolls after Carle – and the nonprofit Presence Covenant Medical Center – no longer had to pay property taxes.

Lierman is optimistic, however, that the lost revenue will eventually be replaced.

“It’ll even out and spread out, but it will take new growth.  As new growth comes into town to replace those payers that used to contribute,” Lierman said.

Lierman has been with the Urbana Park District for nine years and her duties are plentiful, having responsibilities such as recording all financial transactions, coordinating annual bond issue, balancing out the cash and preparing monthly board reports.

The district projects for $7.9 million in revenue for operations, with $5.2 million, or 65.8 percent, of that tax monies. Their operating expenses will equal $6.1 million dollars.

“I think that has led to a very successful park system in the state of Illinois and is one that is widely respected throughout the nation,” added Walker.

The district was established in 1907 and is a separate unit of local government. The mission of the park district is to improve the lives of Urbana residents through a cohesive system.

The park district also aims to contribute to the city’s attractiveness and environment conservation through a variety of park programs and facilities. 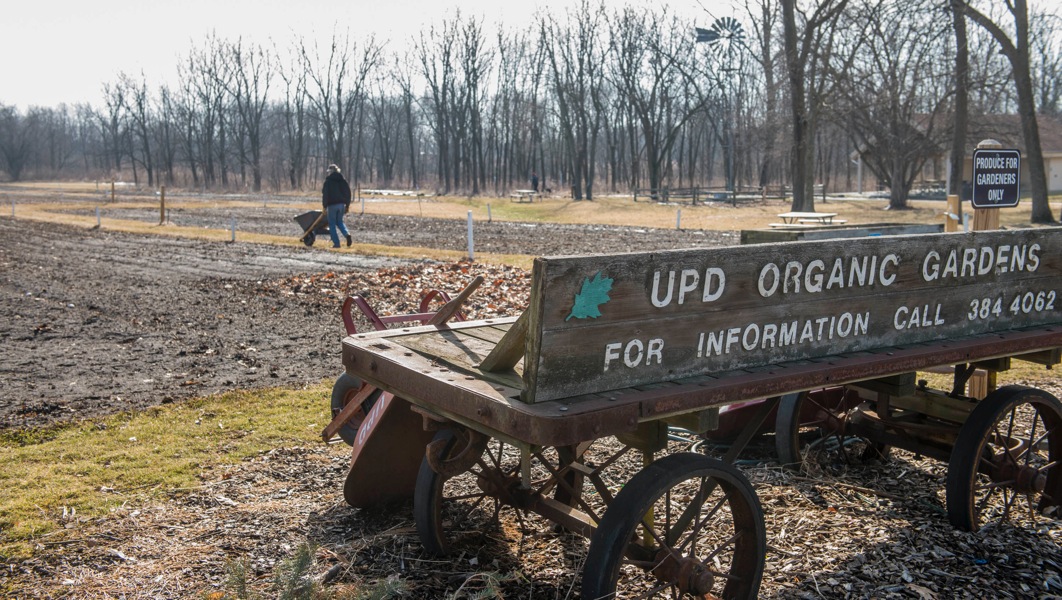 Photo by Darrell Hoemann/CU-CitizenAccess.org
A park district worker prepares the organic gardens for use by residents in Meadowbrook Park in Urbana, March 14, 2014.

These programs not only encourage involvement for youth, but for adults as well.  In fact, Urbana residents may be chosen to serve on the Urbana Park District Citizen Advisory Committee. The UPDAC has been around since the 1970s.

The Urbana Park District Board of Commissioners consists of five elected, non-partisan members, each of whom serves a six-year term for which they are uncompensated.

Though he is president, Walker said he does not have much authority other than running meetings and having the ability to call those meetings.

“The actual power, the legal power and authority of the district resides in the board as a whole and the actions that is takes in its public meetings,” Walker said.

Fifty staff members work for the park district.  It is up to them to implement the policies on a day-to-day basis.

Vicki Mayes has been the executive director for 10 years in Urbana and has been working within the park district field for 35 years. She will be retiring in the next few months. 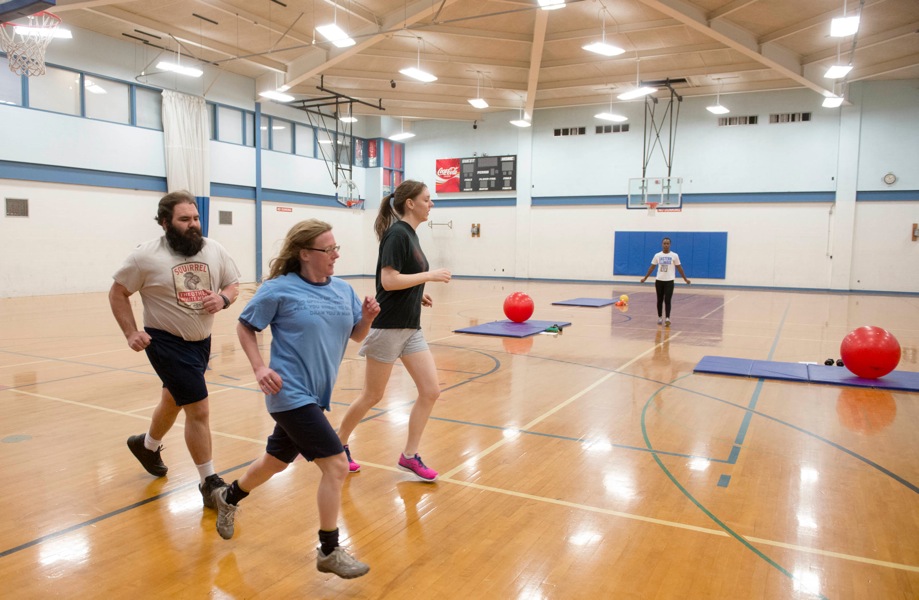 Photo by Darrell Hoemann/CU-CitizenAccess.org
Reese Pierce of Urbana, Kathleen Cromber of Urbana and Liz Evans of Champaign jog as they start their “Boot Camp” program at the Brookens Gym in Urbana, March 14, 2014.

“My responsibilities are to coordinate all aspects of the park district, including all the financial aspects, all of the recreation, all the parks related, all the legal. So I have full responsibility for the administration for the district,” Mayes said.

For example, Mayes said if the board indicates they have a concern for at-risk youth and want free or reduced after school activities, it is up to the park district to figure out how to implement it.

For the most part, the relationship between the two is “exceptional,” Mayes said.

“The park district board in Urbana has traditionally been very passionate, positive board who strongly believes in the values and benefits of parks and recreation,” Mayes added.

Furthermore, the board members can campaign for referendums, such as funding for various projects, while the staff cannot, said board commissioner Deborah Rugg.

Like any other government entity, the board holds monthly meetings open to the public.

CU-CitizenAccess.org has begun a new initiative on providing more information on government agencies and issues. Known as Government Watch, the project is an effort by faculty and students in the Journalism Department at the University of Illinois to provide more news and information about public and nonprofit agencies. Please send suggestions on coverage of those agencies to hello@cu-citizenaccess.org.