By Janelle O’Dea and Robert Holly/CU-CitizenAccess — In addition to fraternities and sororities, inspectors visit 15 privately-owned residences that fall under the certified housing rules, such as Bromley Hall, Illini Tower and Newman Hall.

“Ultimately, it’s about safety, so it’s good to have an outside set of eyes to check out for things and find things that maybe our staff has missed,” said Tristan Pisarczyk, the director of operations for Newman Hall in Champaign.

Search for Houses and Reports 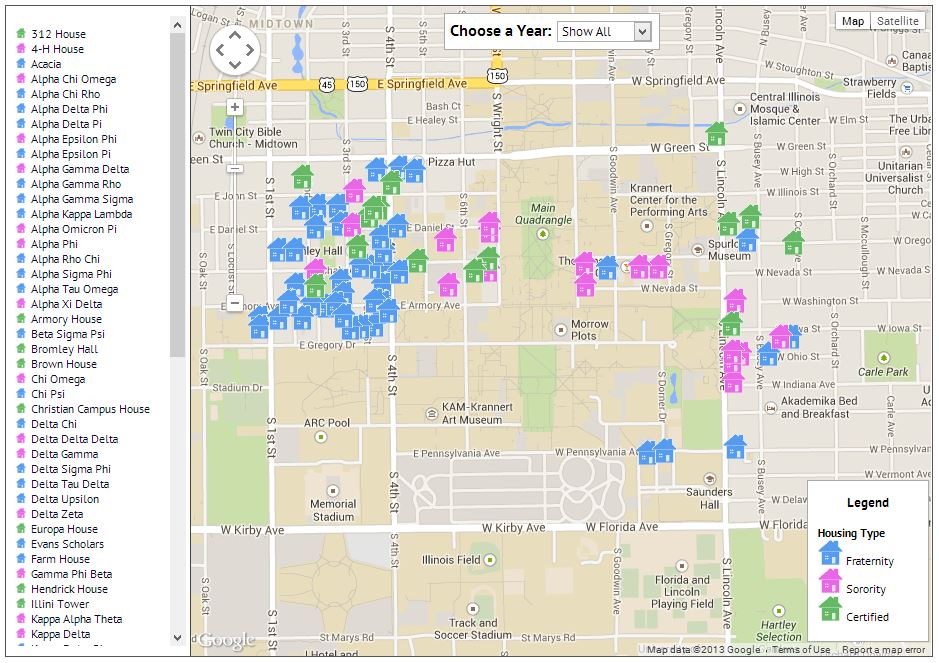 View the failures and read the inspection reports written up by Champaign and Urbana housing inspectors. Click to see the map 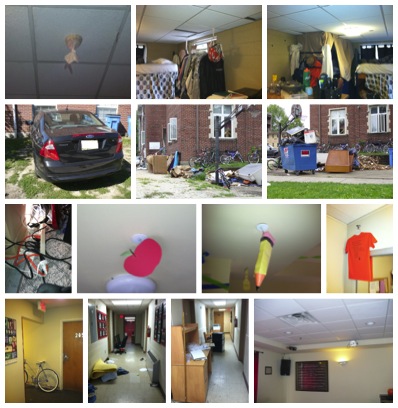 Champaign housing inspectors provided examples of commonly seen hazards that though seemingly innocent, can be harmful or deadly if a fire broke out. Click to see the gallery 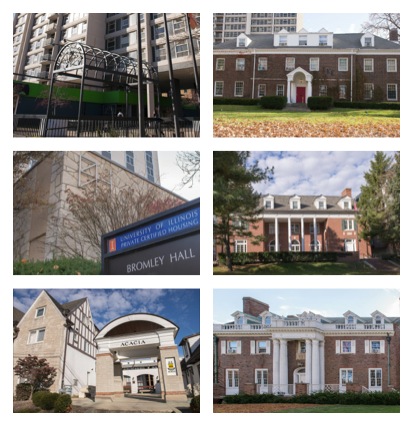 Inspectors often find another view from behind the doors compared to the one seen from the streets. Click to see the gallery

These non-Greek properties certified by the University hold about 2,900 students when they are full.

The privately-owned housing is, like the Greek houses, certified by the University and by the cities of Urbana and Champaign. It, too, must pass yearly safety inspections to get and keep the certification.

Yet, inspectors find violations at these properties, as well.

Non-Greek certified properties had more than 420 violations during initial inspections in 2012, according to inspection documents.

Among them, inspectors found:

– 140 violations at Bromley Hall during September inspections, including “combustible decorations” and “cracked and soft” bathroom ceilings. Bromley Hall houses more than 700 students, according to its website.

– 85 violations at Newman Hall during October inspections, including power strips connected to other power strips and obstructed electrical panels. Jennifer LaMontagne, director of marketing and communications for the hall, said that Newman Hall houses 586 students.

“We’ve got a number of safety systems in place for our students, and part of that is regular checks and testing,” said Pisarczyk. “We do our own walk-through checks in preparation of the fall tests by the city, and then our [resident advisers] on the floors do monthly fire checks as well to continue to make sure that things stay safe throughout the school year.”

While many violations are for minor things such as leaving flexible cords under closet doors, Michael Robinson – the vice president of marketing for Campus Living Villages, the company in charge of Illini Tower – said Illini Tower staff takes all violations seriously.

“Illini Tower takes annual steps to comply with fire-safety inspections,” said Robinson. “We take any minor or greater violation seriously and look for ways to resolve those issues.”